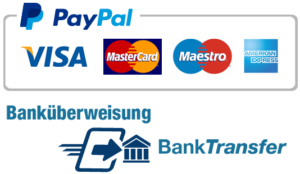 Do you have similar products to sell? sell yours here Don Broadley is universally regarded as the “godfather” of modern African herpetology. With more than six decades of active research based in Zimbabwe, Don’s career has been at the nexus of the field since shortly after his arrival in Africa. In his autobiography, Don presents the many details that have made up his life in herpetology. His numerous field trips, their participants and the reptiles and amphibians collected are all outlined in the orderly fashion that has characterised his many technical publications. Documented too are his first contacts with herpetologists around the world. This reveals how central Don has been to research programs near and far, providing data, specimens and expertise to a tremendous number of researchers and facilitating the last half century’s growth in African herpetology. […] In Umtali and then in Bulawayo, Don built one of the largest collections of amphibians and reptiles in Africa, with its greatest strengths in the Zambesiaca region, incorporating Zimbabwe, Zambia, Malawi, Mozambique, and Botswana – areas where most of Don’s own field trips and those of his close associates generally took place. Today, because of Don, the collection in Bulawayo, one of the largest in Africa, it is rich in type material and the Museum’s journal Arnoldia is known to herpetologists around the world. Because of Don’s centrality to herpetology, this book is a chronicle of the discovery of the herpetofauna of southeastern Africa. Stories from many of Don’s field trips, such as his run-in with a lioness in Botswana, have become legendary. His snake bites are even more storied from a stiletto snake bite only a few months after arriving in Rhodesia, to the 1960 puff adder bite that cost him his middle finger, to the boomslang bite that necessitated the transfusion of 13 pints of blood. All are documented in this book. […] Don was an unassuming man, yet his life was anything but uneventful and his contributions were many. And all of this was achieved against the backdrop of hardships that life in Rhodesia/Zimbabwe have brought. From the war of independence to hyperinflation, Don persevered, driven by his abiding fascination with the African herpetofauna. Whether the reader is a longtime friend of Don’s or someone for whom the name Broadley is familiar only from the literature cited of innumerable papers, this book will provide new insights into an extraordinary life in herpetology.

There are no reviews yet.

Only logged in customers who have purchased this product may leave a review.